You're Not Paranoid - You ARE Being Watched 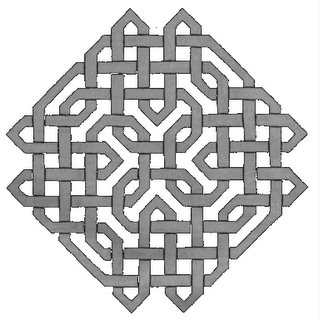 Do you ever catch yourself watching someone -- be it a stranger or someone you know -- and thinking about their actions, their words, their motivations?

What do you think about the person who constantly interupts conversations? Why do you think this person let you cut in line? How did that lady who callously smacked you with her carry on luggage influence your morning? Why on earth is that blue SUV honking their horn? Didn't it make you feel good when that person offered their seat?

Are these people aware that you are watching and thinking about their actions?

Now turn it around. What do you do? How do you carry yourself? What is it that you do that makes friends and strangers take note? What kind of an influence do you have on the people around you?

I'm often amazed at times and wonder about the motivations of the people with a 'me first' and 'better than you' attitude. I find myself making up excuses for the rude rush of other drivers. Of course, it doesn't get me anywhere faster or make my ride sweeter if I become angry with them. And it makes me smile when I sit behind them at a light after they just cut, swerved and zoomed by about a mile before.

I make room for the pedestrian hogs who walk three people abreast through the crowded corridors of malls and mass transit terminals. I like to think I'm being considerate when I alter my route for people to pass. But, flip the coin and I find myself grumbling "Why should I be the one to make room? What makes them so important? Next time I'm going to stay my course. Someone needs to teach them consideration of others." But when next time comes, I instinctually make room.

I saw a woman purposely stomp on the heel of another traveler as they walked through a crowded terminal - then blame her actions on the person she stomped on. The other traveler graciously shook it off, accepted the blame, apologized and moved on.

I was right behind them and witnessed the whole nasty thing. I went up to the traveler and told her that she was very kind and carried herself well -- that I was impressed.

Anyhoo, the point is this, you are watching people and people are watching you. I don't mean people are stalking and peeping. I mean that anywhere you go in public, your actions are being silently scrutinized by complete strangers as well as by acquaintances and close friends. They see you smoke, litter, drink, fart and belch. But they also see your random acts of kindness, alms to the poor, thoughtful compliments and gentility.

Your watchers may make comment or they may not. And the strangers may just file it away. If they ever see you again, or you ever pop into their memory, you'll be (good or bad) 'the person who ____ that time at the ____.'

Why am I writing this?

I have recently discovered an online description of me. I had no idea that this person gave me or my actions much beyond a friendly but passing thought. But there I am plain as day in the eyes of another.

I mean, I already had this philosophy, (I even have the tattoo to prove it) but sometimes it really smacks you. The single line of your life, short or long, wide-reaching or narrow, weaves in, around and through everyone else's lives with whom you come in contact, making them weave in, around and through as well.

How does your zig make them zag?
Posted by Just-Chuck at 10:18 AM

If you were have a hippie nick-name, it would just HAVE to be "Ziggy" :-)

All true, and my mind is always wrking in much the same way as this writing.....now, as for what erks me:

holding a door open for someone at a mall, or elsewhere..and they refuse not olny do they refuse to put their hand out and hold it open for themselves, but they make no eye contact, and offer no "thank-you". These same people, often elderly women in some type of "animal-skin" jacket (like it looks better on them than the animal),..are often headed to their 7-series BMW, hoping its not raining because their nose is held so high if it were raining they would surely drown.

One day you might read of me doing more than stomping on their feet, as this happens way to often...and REALLY tweeks my mellon